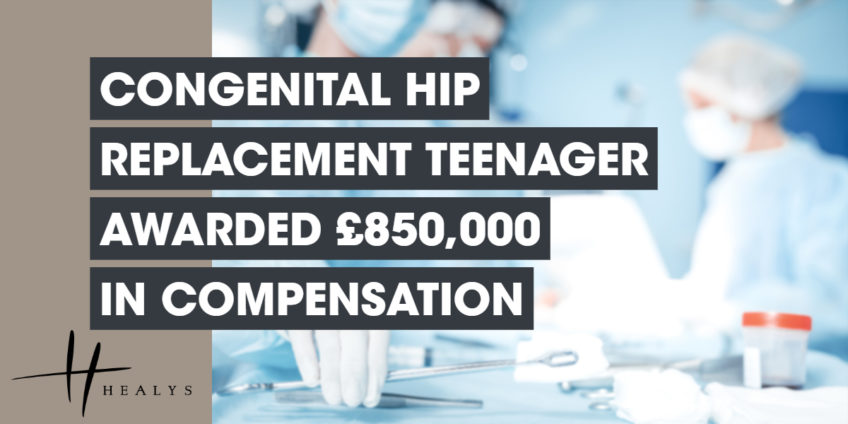 A failure to diagnose commonplace medical conditions can have consequences that last a lifetime. However, as a High Court case showed, expert legal advice can ensure that fair compensation is paid if the worst happens.

The case concerned a teenager who was born with a displaced left hip, a relatively common problem which can usually be effectively remedied if caught early enough. Her condition was, however, only diagnosed when she was aged two and a half. Despite having undergone numerous operations, she was left with one leg shorter than the other and with a noticeable limp. She is likely to need at least one hip replacement in the future and, on a worst-case scenario, would eventually require radical surgery that would render her wheelchair dependent.

After legal action was taken on her behalf, the NHS trust which ran the hospital where she was born admitted clinical negligence and liability in full. There was a continuing dispute as to the likely long-term consequences of her condition, but a compromise was reached whereby she received £850,000 in agreed damages. In approving the settlement, the Court praised the teenager’s fortitude in coping with repeated bouts of surgery and in coming to terms with her disabilities.

Errors or delays in diagnosis can lead to serious consequences and, when this is due to the negligence of medical staff, compensation may be warranted. If you or a member of your family has suffered as a result of improper medical treatment, contact us for advice at enquiries@healys.com.