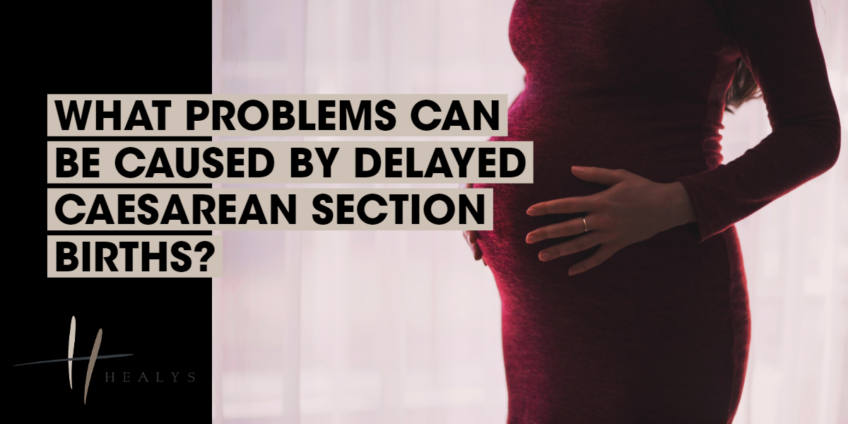 What is a Caesarean Section birth?

A caesarean birth, also known as a C-Section, is surgery that is carried out by means of an incision that is made in the woman’s tummy and womb. It is a major surgical procedure and is usually carried out by means of spinal or epidural anaesthetic, meaning that the woman on whom the surgery is performed, will be awake during the operation. A screen will be placed across her body however, so that she cannot see the details of the operation. If circumstances dictate that the baby needs to be delivered more quickly, a general anaesthetic may sometimes be used.

Studies reveal that in the UK, the numbers of women giving birth by C-Section has risen from 19% to just over 26% since the year 2000.

When and why are Caesarean births usually carried out?

A C-Section birth is usually carried out when a vaginal birth would put mother or baby at risk. The most common reasons for a C-Section are:

What are the benefits of a C-Section?

Caesarean births may reduce the risk of:

What are the risks from a Caesarean Birth?

Why are some women asking to have Caesarean births when there aren’t medical reasons for doing so?

Some women would prefer a Caesarean birth because they have a fear of the pain of labour. If they request a Caesarean for this reason, then the NICE Guidelines Quality Statements provide that they should be offered a referral to a healthcare professional with expertise in perinatal mental health support. If after receiving guidance from the professional, the person still decides that a vaginal birth is not an acceptable option, then she should be offered a planned caesarean. This is known as elective C-Section surgery i.e. it is scheduled in advance because it is not a medical emergency.

Are doctors reluctant to carry out elective C-Section surgery?

There are conflicting thoughts on this.

On the one hand, some reports suggest that some doctors themselves would prefer C‑Sections over natural birth. A report in the Daily Mail in July 2018 quoted the findings of a UK and Ireland report that indicated that 67% of surgeons preferred to carry out C‑Sections for fear of being sued for medical negligence resulting from problems that may arise during a natural birth.

On the other hand, there have been complaints that on too many occasions women who opt for elective C-Section surgery are being denied the right to have them. The Birthright charity carried out a survey of a number of NHS Trusts in 2018. The results revealed that only 26% of the Trusts offered caesareans in line with NICE best practice guidance.

It has been suggested that one of the reasons for NHS Trusts being reluctant to authorise elective Caesarean Sections is the cost involved. It costs around £700 more to carry out a C-Section, compared with a vaginal delivery.

Most unplanned C-Sections are not life threatening in themselves. Often, they take place because although a caesarean was planned anyway, the mother’s waters burst, and she went into labour early. They are also undertaken when a natural birth was intended but labour has stalled, and a caesarean may help the baby to be born quicker.

On other occasions the reasons for an emergency C-Section may be more serious, such as if the baby is developing a life-threatening condition or mother or baby are experiencing a complication during pregnancy.

NICE Guidelines provide that if:

Most birth injury compensation claims involving delayed C-Section surgery, come down to errors by medical professionals in deciding, at crucial times, to delay the surgery.

The consequences of delaying the C-Section, when it should in fact have been carried out, can be devastating. Still births and severe brain damage are sadly not uncommon where the C-Section was delayed or not carried out at all.

In 2018, a medical tribunal in Scotland found an obstetrician guilty of misconduct after she was found not to have “sufficiently addressed the risk” of continuing with a natural delivery when the mother was not fully dilated.

The tribunal said that it had no doubt that the obstetrician was attempting to achieve the best outcome for both mother and baby.

In essence the tragedy came down to an error of judgement, a mistake, but one that had terrible consequences.

Healys’ medical negligence solicitors have previously dealt with a number of cases where injury has been caused due to delays in carrying out C-Section surgery. If you wish to discuss a birth injury matter that has affected you or your family, contact us in complete confidence and without obligation for advice at enquiries@healys.com.