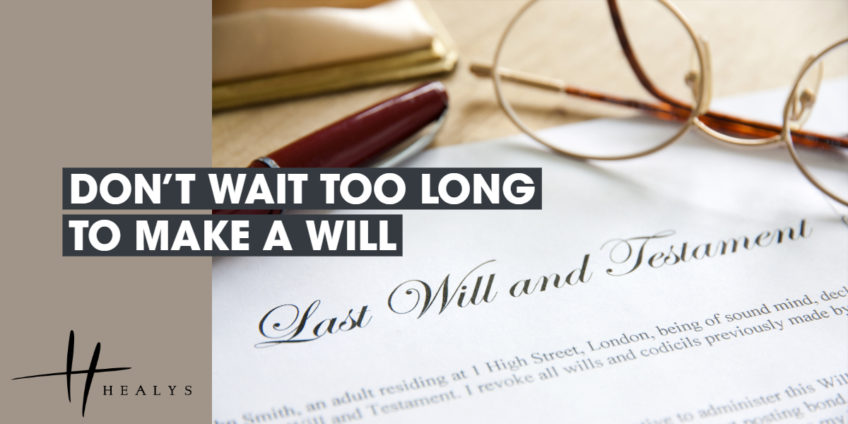 The older you are when you make or change your will, the greater the risk that your loved ones will become embroiled in dispute after you are gone. The point was proved by a case in which the onset of dementia very nearly thwarted a retired nurse’s wish to divide her estate equally between her four children.

The woman was in her 80s and in frail health when she signed her final will, by which she bequeathed her estate – which was worth up to £900,000 – in equal parts to her children. The document was very different from an earlier will, which had made individual and very unequal provision for each of the children and had included one of her eight grandchildren as a substantial beneficiary.

Following her death, her children formed themselves into opposing camps, with two of them challenging the final will on the basis that, due to dementia, their mother had lacked the mental capacity required to validly execute it. They asked the High Court to pronounce in favour of the earlier will.

The Court found that the woman had not appreciated the true value of her estate when she signed the final will. However, her dementia was at that stage only mild and she was of sound mind. She had taken advice from an experienced solicitor, who was able to assess her mental capacity, and had the compelling motive of correcting what she had realised was the unequal effect of the earlier will. The final will was a true reflection of her wishes and its validity was upheld.

It’s important to ensure you make your intentions regarding your estate clear and put them into effect in a legally binding form, as soon as possible. For advice or assistance in this or any related matter, please contact us at enquiries@healys.com.