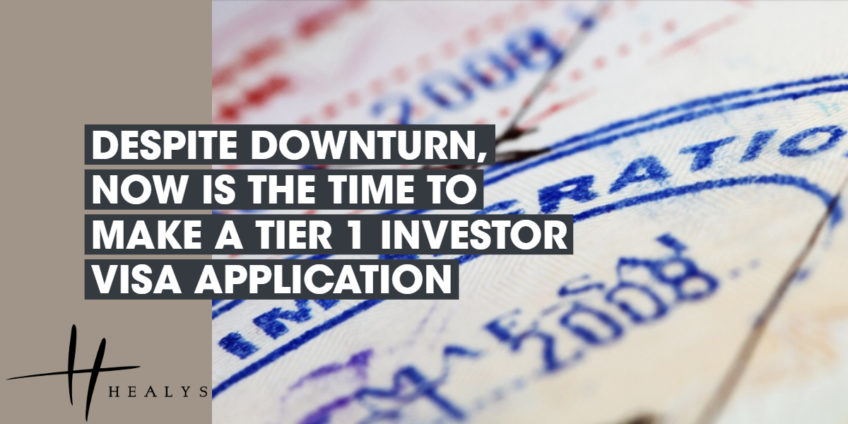 The Home Office have released the 2019 Q3 figures which show that there were 51 Tier 1 Investor applicants for this period. This is significantly lower than the 95 applicants in the equivalent period last year; a downturn of 58.8%.

The drop in numbers is even more significant when you consider the fact that in Q2 2019 there were 124 new applicants compared to 91 in Q2 2018.

The reduction in the number of applicants may be attributable to the changes to the visa rules that came into effect in March 2019. Rafael Steinmetz Leffa, head of the China Desk at Shard Capital Investor Visa, identifies a lack of awareness as a factor, saying: “It seems information about the changes has not yet filtered down to the overseas professional community.” Addressing the fact that a large number of Chinese investors have turned away from UK residency, he is of the opinion that “agents in China are still confused what the new rules are”.

There may be some truth to Mr. Leffa’s assessment. Of the 1000 or so Tier 1 Investor Visas issued in 2018, a vast proportion were awarded to Chinese nationals. In 2019 however the number of Chinese individuals granted an investor visa fell from 69 in Q2 to 18 in Q3.

Under the new rules, investors can no longer put their Tier 1 Investor funds into government gilts but must now invest on the stock market. Furthermore, investors are subjected to greater scrutiny regarding the origins of the funds, with applicants having to show that they have held the funds for at least two years. That having been said, it would appear that the Home Office has failed to bridge the loop hole that currently allows an applicant to circumvent the 2 year rule by receiving the £2m  as a gift; as long as it’s given under an irrevocable deed.

Another reason given for the downturn by commentators is that the political uncertainty in the UK caused by Brexit and the General Election has spooked foreign investors. I believe however that the current political uncertainty could in fact work to the advantage of a foreign investor. Sterling is down by 20% compared to pre-Brexit figures, and that means that foreign investment can buy 20% more shares/bonds; and as a result of this I feel that for those Tier 1 Investors who rely on logic as opposed to sentiment to make their investment decisions, now is the time to make a Tier 1 Investor Visa application.

For more information about this, or any other immigration matter, please contact our Immigration team on 020 7822 4000, or email immigration@healys.com