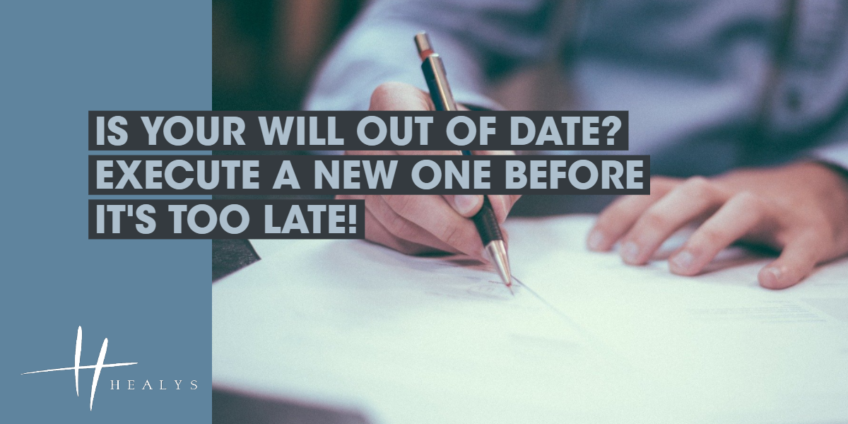 Allowing your will to become out of date stores up trouble for your loved ones. That was strikingly so in one case in which a successful businessman suffered a stroke before he could make a new will taking account of his changed financial and personal circumstances.

The businessman had over the years made at least five wills, the most recent of which was a decade old. A draft new will had been found on his computer after he fell ill, but it had not been executed and was thus of no legal effect. The stroke had robbed him of his capacity to make decisions for himself or to make a fresh will.

In those circumstances, his long-term partner and daughter applied to the High Court for execution of a statutory will, on the basis that his last extant will took no account of his dramatically changed circumstances and represented a wholly inappropriate disposition of his substantial estate.

A further complication arose because the man’s son from a previous relationship was plagued by drug and alcohol addiction. His conduct towards his father and other members of his family had been extremely violent and menacing and had culminated in a criminal conviction and a lengthy prison sentence.

The son, as a beneficiary of the extant will, would ordinarily have been entitled to be served with the proceedings and to be made a party to them. However, in the light of his behaviour, the Court took the rare step of dispensing with those requirements. The proposed statutory will would have no material adverse effect on the son and his involvement in the proceedings would potentially jeopardise his father’s care home placement and pose significant risks to the safety of others.

For more information on how to obtain or update a Will, please contact us at enquiries@healys.com.