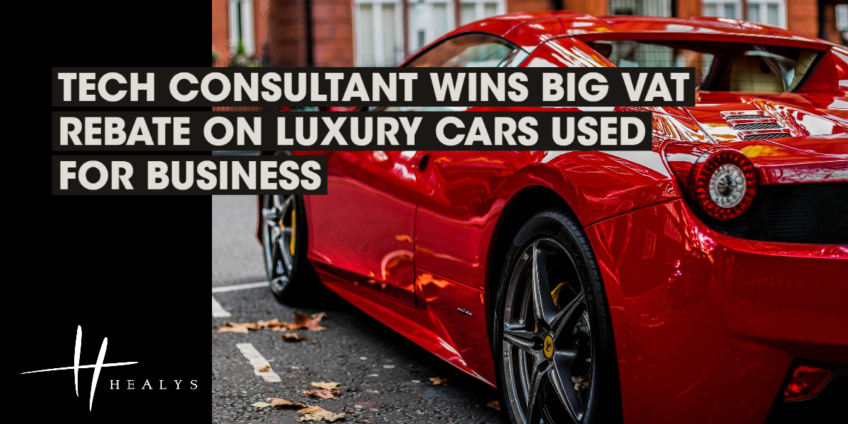 VAT can be reclaimed on motor vehicles that are used, or available for use, solely for business purposes – but that can be extremely difficult to prove. However, in a recent case, a computer specialist was granted a £20,805 VAT rebate after convincing the First-tier Tribunal (FTT) that he needed three luxury cars to impress his clients.

The man charged his customers up to £5,000 a day for his services and felt that it was important that he drove cars which signified his success. This would subsequently increase his business. The vehicles’ ignition keys were kept in a locked safe, which only he had access to. His children, who worked for him as contractors, also drove the cars but had signed agreements requiring that they only do so for business purposes.

In refusing to reimburse him for VAT paid on the purchase of the cars, HM Revenue and Customs (HMRC) argued that they were normally parked outside his home and that there was no physical barrier to their private use. They were thus made available for such use and the agreements with his children did not, in practice, prevent them from driving them for non-business purposes.

In upholding the man’s appeal, however, the FTT found him an honest and credible witness. He and his family had other vehicles for their private use. He also provided evidence that the mileage of the cars almost exactly coincided with the distances he and his children drove on business. HMRC had presented no evidence that the cars were used other than on business. Additionally, securing their keys in the safe would hinder their private use.

In this instance, the existence of precise and documented procedures, and more importantly the ability to prove that there was no private use, was critical.

We can advise you on any aspect of tax law and compliance. For more information, please contact Healys LLP on 0800 2800432 or email us at enquiries@healys.com.