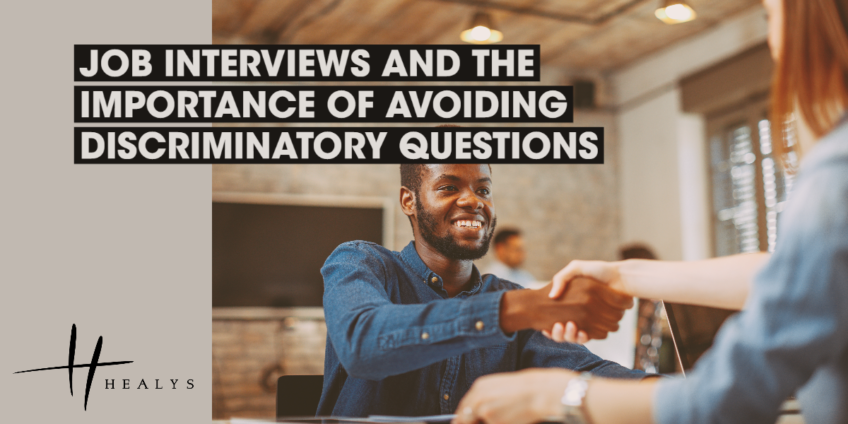 Modern job interviews are often casual affairs, conducted over a cup of coffee. However, unscripted questions, formulated without legal advice, can easily cause employers to face negative consequences. In a recent legal case, a prospective employee was asked if she planned to become pregnant.

The question was the first in a lengthy list of discriminatory acts committed by her bosses at a textiles company which employed her as an office assistant. She was, amongst other things, asked to resign when she became pregnant, her pay was docked when she attended antenatal medical appointments and her job was given to someone else whilst she was on maternity leave.

After she launched proceedings, an Employment Tribunal (ET) found that the question she was asked at interview amounted to direct sex discrimination. The inquiry about her maternity plans made it plain from the outset that the company had no wish to employ a woman who was likely to take pregnancy or maternity leave. She found the question intrusive and personal and it would not have been asked of a man.

The company’s refusal to resume her employment on the same terms as previously after she sought to return from maternity leave amounted to a dismissal which was rendered automatically unfair as it arose from discrimination due to her pregnancy and the birth of her child. Unlawful deductions had also been made from her pay. Noting that the company had shown a complete disregard for her employment rights, the ET awarded her £20,407 in damages, including over £14,000 for injury to her feelings.

If you have any discrimination law matter you would like to discuss, please contact Alison Grant, head of our Employment team, on  020 7822 4125 or via email at allison.grant@healys.com.