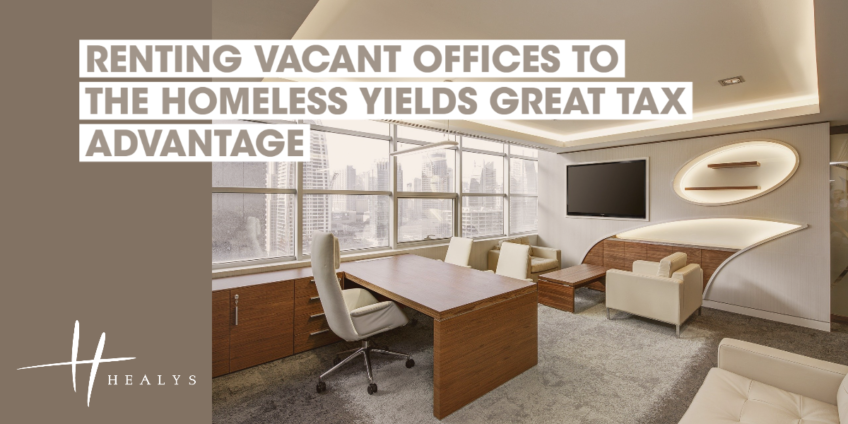 Renting out rooms in empty office blocks to those in need of a home is becoming commonplace, but what impact do these arrangements have on non-domestic rates liabilities? A tribunal’s answer to that question delivered a multi-million-pound tax saving to a commercial property owner.

After a building consisting of more than 170,000 square feet of office space fell vacant, the freeholder, in collaboration with a property services company, rented out rooms to 46 property guardians. Their licences, which were terminable on 30 days’ notice, gave them no security of tenure and they were, amongst other things, required to guard against squatters gaining access to the property.

After the building was demolished, the Valuation Tribunal for England found that the guardians’ occupation of the building for about two years had not changed its fundamental character as an office block. The building mostly consisted of vast open spaces, with no part of it being used completely as living accommodation. Additionally, the freeholder had remained in preeminent occupation. Non-domestic rates were thus payable throughout the relevant period.

In upholding the freeholder’s appeal against that ruling, the Upper Tribunal (UT) noted that, from the guardians’ perspective, the purpose of the arrangement was to provide homeless individuals with somewhere to live. Their domestic occupation of the building was not merely transient and most of them had their own private living space in which all others, including the freeholder, would not disturb. Although the guardians were liable to pay Council Tax whilst in occupation, the UT ruled that their presence exempted the building from non-domestic rates.

We can provide expert advice on issues relating to property tax. For more information, please contact Healys LLP on 0800 2800432 or email us at enquiries@healys.com.