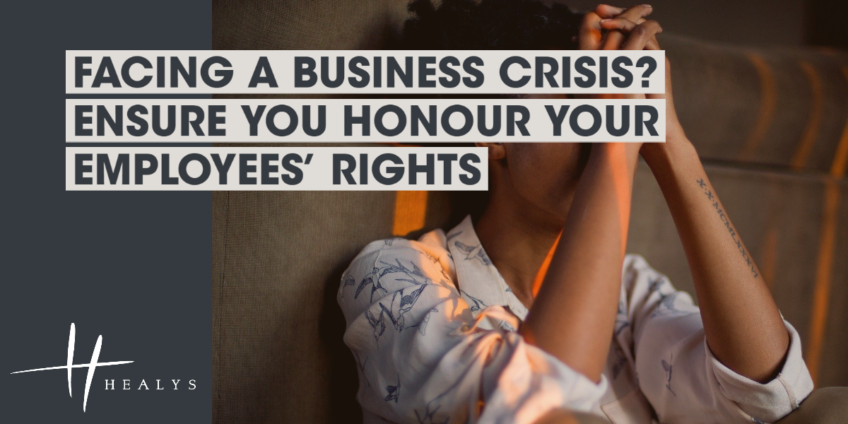 It is easy for businesses dealing with office politics, poor trading or cash flow difficulties to take their eye off the ball when it comes to their employees’ rights. As an Employment Tribunal (ET) decision strikingly showed, however, it is precisely at such moments of crisis that professional advice is most needed.

The case concerned the former commercial director of a business consultancy firm. Tensions developed between her and the firm’s controlling shareholder after hopes of exponential growth failed to materialise. Amidst serious liquidity difficulties, the office atmosphere became corrosive.

After her salary was underpaid month after month, the woman lodged a grievance which was substantially ignored and never resolved. Her responsible commissions were miscalculated downwards and, after she complained, she became excluded from strategic commercial decision making. She ultimately resigned and launched ET proceedings.

In ruling on the matter, the ET found the firm guilty of multiple breaches of the legal obligations it owed to its employee. It purposely undermined the working relationship in response to the woman’s justified complaints that payments lawfully due to her were being withheld. She had thus been constructively dismissed in circumstances which were automatically unfair.

Noting that the firm had compounded its wrongdoing by failing to respond to or play any part in the proceedings, the ET described its conduct as lamentable. The woman was awarded compensation of over £36,000 in respect of her unfair dismissal and other sums representing arrears of wages, commission, holiday pay and expenses. Her total award came to £96,931.

We can offer advice regarding employment law matters, including unfair dismissal claims. For more information, please contact Healys LLP on 0800 2800432 or email us at enquiries@healys.com.