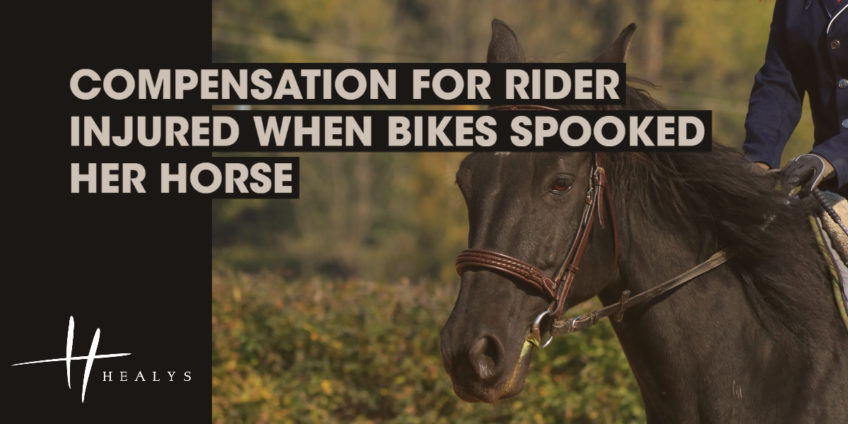 A horse rider has secured compensation for the injuries she suffered when she fell from her horse after the animal was frightened by the sound of two motorbikes revving their engines.

The woman was on her way back to the yard with her stepson when a motorbike came alongside her horse. The horse was spooked by the sound of the engine revving and galloped down the road. She managed to stop the horse, but a second bike appeared, also revving its engine. Her horse became even more startled and she fell off, breaking her upper arm.

Her arm did not heal, despite being in a sling for eight weeks following the accident. Eventually, she had to undergo and operation to have her bone plated and pinned. She also experiences problems with her neck and shoulders.

As the motorcyclists had not stopped, she thought she would be unable to claim compensation. However, a family member told her about the Motor Insurers’ Bureau (MIB), which exists to compensate the victims of accidents where the motorist responsible is uninsured or cannot be traced. She obtained counselling and physiotherapy, which was paid for by the MIB. Subsequently,  her claim has been settled in full.

If you have been injured as a result of an accident on the road, whether you were a cyclist, pedestrian or other road user, you may be entitled to compensation. We can offer advice regarding personal injuries. For more information, please contact Healys LLP on 0800 2800432 or email us at enquiries@healys.com.