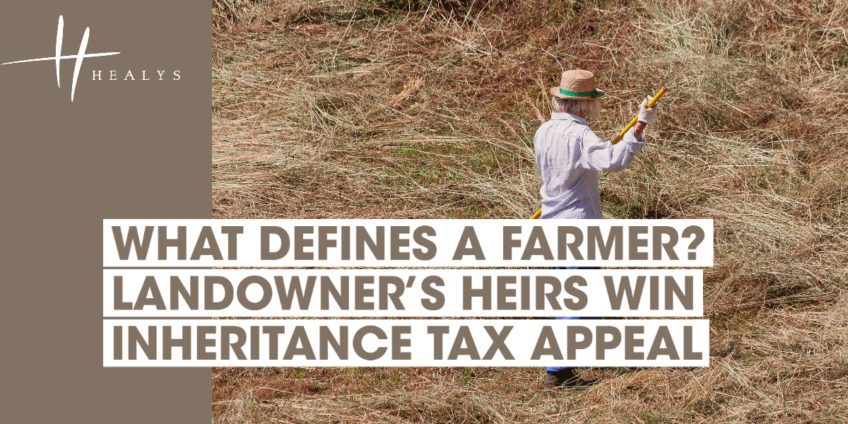 What exactly is a ‘farmer’? and what exactly is a ‘farmhouse’? In answering those questions, the First-tier Tribunal (FTT) gave important guidance to the agricultural community and delivered a substantial Inheritance Tax (IHT) saving to the heirs of a deceased landowner.

The man concerned, aged 79, was the freeholder of 11 plots of land. Up until his death, he lived in a house set in the heart of his holdings. The executors of his estate sought agricultural property relief (APR) totalling £1,129,200 on the basis that both the house and the land constituted agricultural property. This made them exempt from IHT by virtue of Section 115(2) of the Inheritance Tax Act 1984.

HM Revenue and Customs (HMRC) granted APR in respect of the land, but refused it in respect of the house and outbuildings. Due to the landowner’s advancing years, he had licensed most of his land to others for use as grazing, prior to his death. On that basis, HMRC took the view that he had ceased to be a farmer before he died. As a result, his home had also ceased to be a farmhouse.

In allowing the executors’ appeal against that decision, the FTT found that the man’s activities were those of a farmer. He was working an active farm, and occupying his home as a farmhouse right up until his passing. Despite his age, he was often up at the crack of dawn, helping to manage livestock. He had always retained responsibility for fencing, hedging, draining and harrowing his fields.

Having still been engaged in running an active farming business on the date of his death, his estate also qualified for £17,700 in business property relief.

We can offer advice regarding inheritance tax. For more information, please contact Healys LLP on 0800 2800432 or email us at enquiries@healys.com.