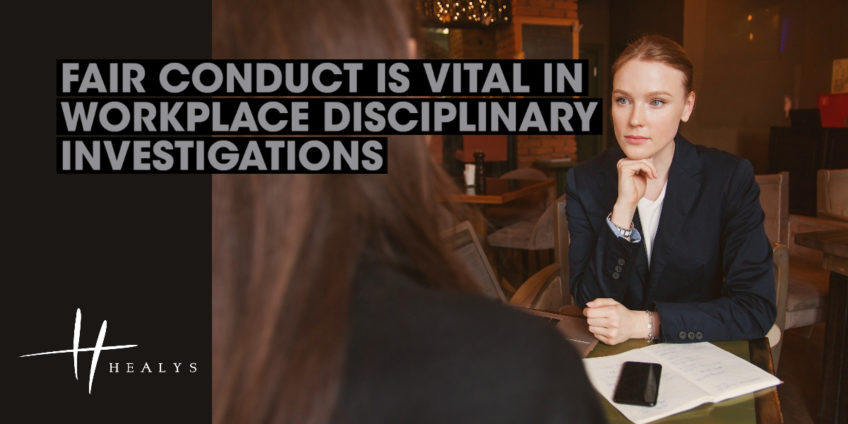 Workplace disciplinary investigations require careful handling. Employers who fail to act fairly are likely to face financial consequences. That was certainly so in the case of a property manager who was ambushed at an investigatory meeting and left feeling like she had been subjected to a police interrogation.

The manager had been in charge of a development of 42 retirement homes. She was immediately suspended after a number of colleagues lodged complaints against her. The allegations she faced included theft and illegally depriving residents of their liberty. Notice of the meeting was initially sent to the wrong address. As a result of this, she had only 24 hours to prepare herself before it was convened.

She was told that the allegations were serious, but they were presented to her in unparticularised, headline form. At the end of the two-hour meeting, she was given 24 hours to consider whether she would resign and receive a reference. She took that course, but subsequently launched Employment Tribunal (ET) proceedings, claiming that she had been constructively unfairly dismissed.

In upholding her claim, the ET found that the conduct of the meeting was flawed. It would subsequently destroy or seriously damage the relationship of trust and confidence that should exist between an employer and an employee. She had effectively been ambushed, having been given no fair opportunity to answer what she considered to be half-baked allegations, the details of which were not disclosed to her.

The procedure followed had been so lacking in fairness that the manager could have reached no other view than that the employer had pre-judged the issues and wanted rid of her. Unless settlement terms were reached in the light of the EAT’s ruling, the amount of her compensation would be assessed at a further hearing.