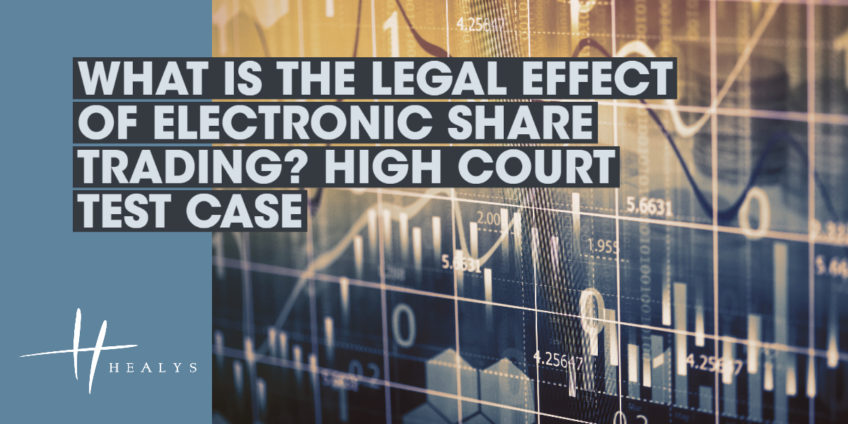 The advent of electronic share trading means that it is now the norm for securities to be held by custodians – usually banks. The result of this means that investors never become their legal owners. The High Court considered the legal consequences of such arrangements in a ruling of critical importance to the UK’s economic health.

A group of investors claimed to have suffered substantial losses following investment. Their investment into a publicly listed company, was made in reliance on false information it had published. They subsequently launched proceedings, seeking compensation under the Financial Services and Markets Act 2000. However, the company applied to strike out their claims.

All the relevant shares were held in dematerialised form through a computer-based system known as the Certificateless Registry for Electronic Share Transfer (CREST). Legal title to them was thus held by custodians. In practice, it was commonplace for lengthy custodial chains – and thus a sequence of sub-trusts – to stand between securities and investors who had funded their purchase.

In those circumstances, the company argued that it could neither be said that the investors had an ‘interest’ in the relevant shares nor that they had ‘acquired, continued to hold or disposed of’ them. It was submitted that the investors therefore lacked the legal standing required to seek relief under the Act.

Ruling on the matter, the Court noted that the issue relating to the nature of interests in an electronic, dematerialised, securities market was one of considerable importance. Most transactions in publicly held shares are conducted through the CREST system. This efficient operation is vital to the UK economy. If the company’s arguments prevailed, a fundamental hole in the regime established by the Act would be exposed.

In rejecting the company’s application, the Court found that, however long the custodial chain may be, investors who are the ultimate beneficial owners of securities have a sufficient interest to bring a claim under the Act. Such a reading of the legislation was necessary to fulfil its clear purpose. The company’s plea that the investors had neither acquired nor disposed of the shares was unsustainable, it being based on a too narrow interpretation of the Act.

We can offer advice regarding commercial law. For more information, please contact Healys LLP on 0800 2800432 or email us at enquiries@healys.com.