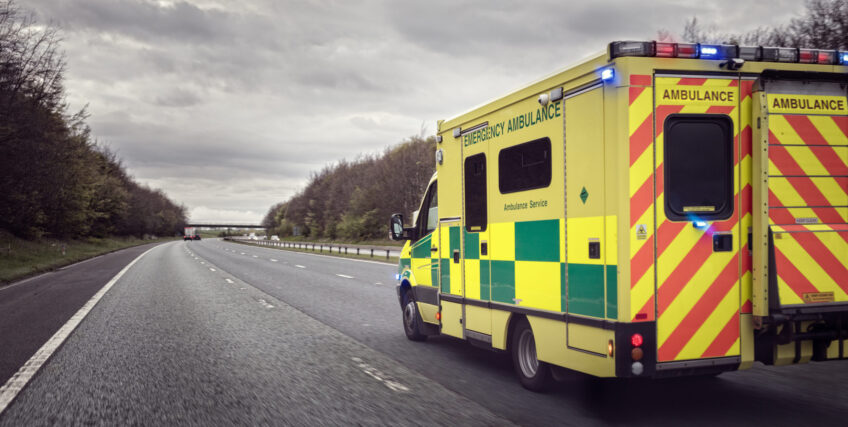 Everyone has a right to expect that public services will function efficiently and, if you have been let down and suffered injury as a result, you should see a solicitor without delay. In a case on point, a woman who was traumatised by the late arrival of an ambulance after she fell seriously ill at home was awarded substantial damages.

The woman was doing some housework when she suffered a life-threatening type of stroke known as a sub-arachnoid haemorrhage. She managed to dial 999 and calls to the emergency services were also subsequently made by her mother and a neighbour. A total of one hour and 49 minutes elapsed, however, between the making of the first call and the arrival of an ambulance.

Although she made a good physical recovery from the stroke, she was left suffering from post-traumatic stress disorder (PTSD). After she launched proceedings, the relevant ambulance service admitted that there was a negligent 31-minute period of delay in the ambulance’s arrival. It denied, however, that that breach of duty caused the woman’s psychiatric injuries.

Ruling on the case, the High Court noted that, given the seriousness of the woman’s condition, it was difficult to comprehend how it took the ambulance so long to arrive. She was in severe distress when she made the call and she let it be known that she was suffering intense pain, that she feared she was going to die and that her condition was deteriorating.

She developed PTSD shortly after being admitted to hospital and had since suffered sleeplessness, panic attacks, a fear of being on her own and a specific anxiety about ambulances. It was verging on the absurd to suggest that the negligent period of delay had made no material contribution to the onset of PTSD. The Court awarded her £40,000 in damages.

“Negligence such as this can have an adverse psychological effect in addition to any physical damage suffered. Our specialist legal team is experienced in handling claims of this kind.”