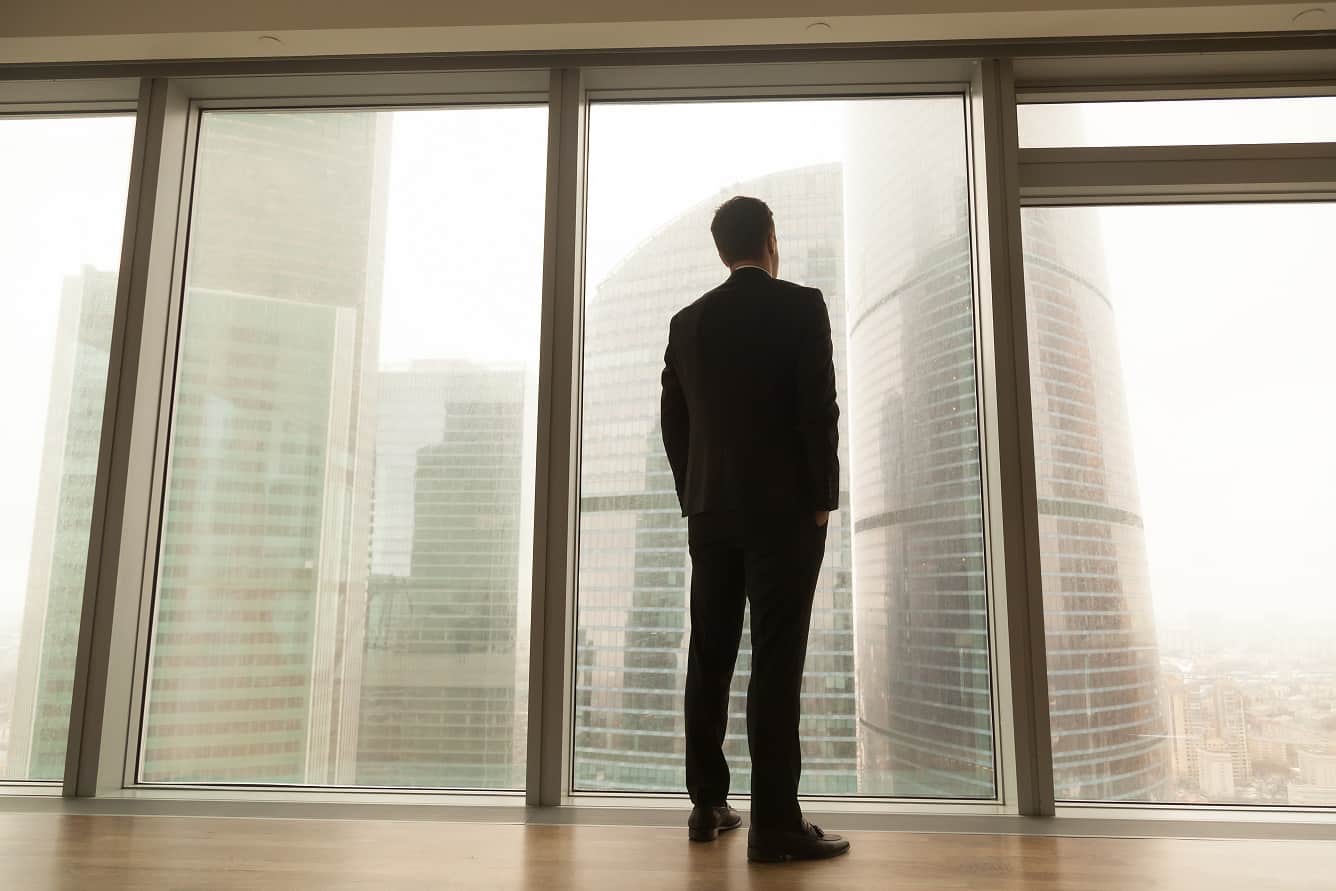 Our client is a businessman who was the subject of a bankruptcy order made against him and wanted to apply to the court to have the order annulled.

Having left the country for personal reasons many years ago, the client instructed Healys in early 2017, having discovered that a bankruptcy order had been made against him in 2006. Given his absence at the time and lack of knowledge of the order, his discharge from bankruptcy was also suspended. Due to the passage of time, obtaining information on the petitioner and reason for suspension was difficult since the court had limited information on its file. Furthermore, the Official Receiver no longer held a paper file, and had changed its systems twice since the bankruptcy. Healys’ attempts to trace and locate the petitioning creditor were however, ultimately successful, the petitioner being established as a well-known bank.

Michael Ellis began negotiating with the bank, who ultimately decided to write off its debt, and attempts were made to locate the other creditors in order to discharge their debt and to apply for the bankruptcy to be annulled. Whilst liability to one other creditor was discharged in full, two other creditors remained untraced and Healys LLP was placed in funds by a third party to cover creditors’ claims in full. At the first Hearing of our client’s annulment in April the bank opposed the application for annulment, despite having previously agreed to write off the debt, and the Official Receiver filed a report indicating that he would oppose the annulment order since creditors had not been paid in full. The application was therefore adjourned.

After protracted negotiations with the bank and on making representation to it, the bank indicated that it would neither support nor oppose the order sought. An Annulment Order was therefore made at the next Hearing date in June 2018, together with an order dismissing the bankruptcy petition on the following conditions: (i) Advertising in the London Gazette for the untraced creditors to prove and (ii) payment of £x into court being the total amount owed to the untraced creditors (to be held for 12 months for the untraced creditors to prove). The court order stated that on compliance with the set out terms, an Annulment Order would be made and the bankruptcy petition dismissed, on the day of receipt by the court of the bankrupt’s witness statement showing evidence of compliance with the conditions set out by the court.

Healys LLP recently acted on behalf of a Client on an Application for an annulment of his bankruptcy, pursuant to S.282 (1) (b) of the Insolvency Act 1986, on the basis that the debts and expenses had been paid or secured for, to the satisfaction of the court.

The bankruptcy order was made in late 2012, and Healys were instructed in the matter. Funds were transferred by this firm to the Joint Trustee in Bankruptcy to satisfy the debts of all approved creditors and expenses of the bankrupt. Having confirmed that they were satisfied and that the funds were genuinely third party funds, the Joint Trustee transferred the funds into the insolvent service account (ISA), together with the paying-in slip which indicated that these were not funds that would attract the Secretary of State (SOS) fees.

The Official Receiver however deducted £35,075 in respect of the SOS fees, stating the reason as “chargeable receipts” in his report to the court. This was contested in a report filed by the Joint Trustee and the Client on the basis that third party funds do not attract SOS fees since they are funds that are otherwise not available to a Trustee in Bankruptcy, and are paid only to secure annulment.
The Official Receiver’s view however, remained broadly that the SOS fee charged in the matter was properly due and payable. The Official Receiver further advised that they were waiting the handing down on a reserved judgment in the High Court (Leeds District Registry).

The issue in this case was the fact that the SOS fee had been charged as a percentage on assets that could be realised; and yet the trustee had accepted monies from a third party to cease the asset realisations. The correct application of Secretary of State fees against chargeable receipts in cases where annulment of the bankruptcy order is sought, was an issue for a number of other applications. These were adjourned pending the ruling of the High Court, whereby it was hoped that there might be a definitive judgement upon which the parties could rely. As a result, the first hearing of our Client’s application was adjourned pending judgement in the case of Safier v Wardell [2017] EW8C 20 (CH).

HHJ Behren held that the practice of the Official Receiver was contrary to the relevant insolvency legislation and that the fees were not chargeable. He held that monies paid into the ISA do not automatically attract the SOS fees simply by virtue of having been paid into the account, and further, that the SOS fees are only chargeable on the basis set out in insolvency legislation and properly payable into the ISA. Third party funds ought to be held in a suspense account.

Our client’s Annulment Application came back before the District judge at the County Court Croydon on the 17 January 2017.

We successfully argued (i) that the Official Receiver was incorrect to deduct his fees from the funds paid into the ISA and should repay (or be ordered to repay) the sum wrongly deducted.(ii) The funds ought to have been held in a suspense account pending payment to the relevant parties to secure the Annulment. (iii) Sufficient funds were therefore available to the Joint Trustee to pay the debt and expenses in full and the Annulment order ought to be granted.

The District Judge ordered that pursuant to the decision of Safier v Wardell & Standish & the Official Receiver (20170 EWHC 20 (Ch) on 13th January 2017, (i) the sum of £35,075.60 was to be repaid to the estate account by the Official Receiver. (iii)That the bankruptcy order made against our Client is annulled and that the petition dismissed.

Despite the judgment handed down in the Leeds District Registry on the 13 January 2017, the Official Receiver still sought to oppose our Client’s Application for the annulment on the 17 January 2017, arguing that the circumstances were different to those in Safire v Wardell & Standish & the Official Receiver. This position was contrary to their claims at the hearing on the 16 December that the circumstances were the same.

Had the SOS fees been payable, there would have been a shortfall of in excess of £40,000 (with interest) and in order to obtain the annulment the Client would have had to obtain a loan.

Our client’s case was one of several cases where SOS fees had been wrongly applied, and can only be described as a “smash and grab” attempt by the Official Receiver.

Healys acted for a client wishing to apply for general Civil Restraint Orders against Respondents, following several years of applications and claims made against him.

Though the second Respondent appealed, she was made bankrupt nonetheless, and embarked upon a series of claims and accusations against our client.

By late 2013, some 50 hearings had taken place; most/many of which found to be wholly or totally without merit. At the 2013 CRO hearing, Arnold J made extended Civil Restraint Orders against both Respondents. Unfortunately, the 2013 CRO hearing did not put an end to the litigation. A number of claims or applications were made shortly before the 2013 CROs were made, presumably in anticipation of these orders, and the Respondents used others, most notably their children, to make applications on their behalf.

Since the expiry of the restrictions imposed by the 2013 CROs, the Respondents issued a further claim against our client and at least 5 applications. Three separate applications were certified as wholly without merit and the claim was struck out.

The pattern established previously whereby the Respondents refused to accept orders of the court, and continued to make applications without merit, repeated itself. Following two further applications from the Respondents, one in the Bankruptcy Court and one, an application to set aside the order of DJ Lightman, our client resolved to apply for a general CRO.

In considering the CRO, the Court determined that a general Civil Restraint Order was appropriate, and an extended CRO was deemed not to be sufficient. It was submitted that a case for the persistent making of applications without merit is clear, given the numerous claims and applications made over a large number of years. The case for persistence is stronger still when it is considered that some applications without merit were made on behalf of the Respondents, principally by their children. Furthermore, because of the number and breadth of actions brought by the Respondents, it was felt that only a general CRO would suffice.

At a CRO hearing in the High Court on the 6th September 2018, Mr Justice Martin Spencer entered a Judgment for our client in the absence of the Respondents. In his Judgment, the Judge remarked on the extensive background to the matter and to the numerous applications that had been struck out or dismissed without merit. He also addressed the serious allegations of fraud, failure to disclose information to the Court, negligence and false representation made by the Respondents in respect of our client and his legal counsel.

The Judge agreed with our client’s submission that the Respondents’ behaviour was “characteristic of the vexatious litigant”. He stated that there was “no doubt at all that a general CRO is appropriate in this case against both Respondents who have demonstrated that without such an Order they will continue to make applications without merit, take up the valuable resources of the court, and cause costs to be incurred by those who are unjustly made targets of their claims”.

A general CRO was ordered and costs were to be paid by the Respondents.