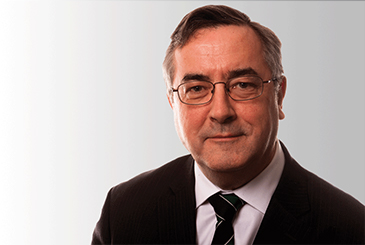 Solicitor of the Senior Courts of England & Wales

Fellow of the Chartered Insurance Institute

Member of the Chartered Institute of Arbitrators

He acts for a wide range of commercial and high-net-worth clients in the spectrum of commercial disputes including construction, professional negligence, insurance, property, and director and shareholder disputes.

Jerome’s client succeeded at trial in the Technology and Construction Court in the case of Freeborn v De Almeida Marcal (t/a Dan Marcal Architects) [2019] EWHC 454 (TCC), which was a case of of wide-spread significance to those who commission construction professionals. Issues included; the scope of the architect’s retainer; whether the brief was properly prepared, documented and agreed; the scope of a project manager’s responsibilities including obtaining competitive tenders, timely ordering of components and construction defects; the extent to which the architect had delegated his obligations to specialist contractors; and interpretation of the Building Regulations in relation to means of escape from fire.

He has conduct of a wide range of professional negligence disputes involving lawyers, valuers, construction, finance and insurance professionals.

Jerome’s client was successful at trial and at the Court of Appeal in the ground breaking case of Dreamvar (UK) Limited v (1) Mishcon de Reya (2) Mary Monson Solicitors, which involved an ID fraud in a property transaction. Dreamvar clarified solicitors’ potential liabilities for breach of trust, breach of undertaking and breach of warranty of authority, to both the vendor and the purchaser. As a consequence Jerome’s comments on the case appeared in the Daily Telegraph, Times and Law Gazette.

He has extensive experience of high value insurance disputes including contractors all risks, commercial property, business interruption, employers and public liability, directors and officer’s liability, new building warranties and pollution liability. His practice includes both advising in regard to the primary claim and any related third party subrogation claim.

He is regularly involved in high-value property disputes including disputes over sale and purchase agreements, leases, dilapidations, forfeiture and defects in title.

Jerome also advises in regard to a range of contractual disputes involving clients in the insurance, construction, infrastructure, information technology, healthcare, finance, recruitment and shipping sectors.

Jerome’s practice also includes a range of insolvency matters including bankruptcy and winding up petitions, related injunctive relief, directors disqualification and other director liabilities on insolvency.

Jerome represents his clients in the various divisions of the High Court including Chancery, Queens Bench, Commercial and Technology & Construction Courts. He also advises in relation to mediation, arbitration and adjudication.

“The ‘brilliant’ Jerome O’Sullivan is the leading advisor for the claimant in a £1.1m dispute against two firms of solicitors in relation to a fraudulent property transaction” – Legal 500 2018

Jerome has always given us practical and accurate legal advice in regard to the legal and quantum aspects of disputes. He is very practical and commercial and has very good negotiating abilities. His strategic and tactical focus is on reaching an acceptable settlement as soon as reasonably possible, with a view to avoiding us suffering the costs and risks of a trial lasting several weeks.

Acting for a purchaser against 2 solicitor’s firms in relation to a transaction where a fraudster impersonated the real owner of a residential property and absconded abroad with the purchase price. Jerome achieved a recovery of approximately £2 million after succeeding in the High Court and the Court of Appeal in claims for breach of trust and breach of undertaking against the solicitors acting on behalf of the vendor and purchaser in a fraudulent property transaction.

Jerome has advised a sub-contractor in their dispute with the main contractor in relation to tunnelling works in the Cross-Rail project involving delays, variations, mitigation and acceleration costs in the approximate sum of £4 million.

Jerome has advised a design and build main contractor in relation to an £11 million commercial and residential development in London involving disputed employer’s agents instructions, variations, liquidated damages, defective works and the consequent adjudication and arbitration. A novel issue was that the developer group placed the employer into a solvent members’ voluntary liquidation in a failed attempt to avoid its contractual obligations.

Jerome advised a couple in relation to their dispute with a design and build contractor over a £4 million refurbishment of their property in Notting Hill involving defective works, extensions of time, partial possession, liquidated damages, variations, loss and expense and retentions.

Jerome has advised clients in relation to an architect’s professional negligence claim in the sum of approximately £1 million in relation to the defective design and construction of a private cinema and other works to a mansion in Totteridge, North London.

Acting for a client in a multi-party breach of contract and competition law claim for a sum in excess of £5 million arising out of an agreement to provide advertising on the London Underground.

Jerome acted on behalf of a corporate purchaser, whose ultimate controlling shareholder appears in the Sunday Times Rich List, of two luxury detached properties located in the suburbs of Birmingham. The proceedings were issued in the Technology & Construction Court in the approximate sum of £1 million and involved serious structural defects throughout the properties, the developer’s failure to comply with its obligations under the Construction, Design and Management Regulations 2015, defects in the planning permission and a dispute with NHBC in relation to the construction of the building warranty policy.

Acting on behalf of a high-net-worth couple in relation to a dispute with a main contractor in relation to substantive refurbishment works carried out to their Holland Park home involving liquidated damages, the Consumer Rights Act 2015, prolongation costs, loss and expense, variations, defective works and the effect of a purported payless notice.

Defending a client in regards to a £10 million nuisance claim arising out of a large demolition project in the City of London.

Advising a client on a failure by the insurers to indemnify the client in regards to a building, plant and loss of rent claim in the approximate sum of £4 million arising from a catastrophic fire.

Advising a client on a dispute with two insurance companies, both of which were seeking to avoid responsibility for an employer’s liability claim approaching £10 million.

Acting for a couple in a multi-party dispute in regard to loss and damage in the approximate sum of £1.3 million caused by an accidental heating oil spillage.

Acting for property developers in regard to a multi-party dispute arising out of the failure on the part of a number of leaseholders to complete purchases on two blocks of flats after the “credit crunch” involving claims for sums in excess of £2 million.

Acting for a property developer in regard to a professional negligence claim against a solicitor in regard to a missed deadline on a conditional contract resulting in a loss in the approximate sum of £2.3 million.

Acting on behalf of a client in regard to a building warranty dispute in relation to substantial structural defects to a new property with remedial costs of approximately £500,000.

Advising a main contractor in relation to a dispute with Network Rail Infrastructure in relation to an outstanding debt and disputed variations in the approximate sum of £350,000.

Acting on behalf of a sub-contractor in its dispute with the main contractor in relation to infrastructure works carried out to a gyratory system in Rugby involving variations, extensions of time, the effect of a purported payless notice, defective works and the construction of the NEC3 form of contract.